because coach red is lighting one up.
the celtics won the championship (after 2 decades, i can actually say this).
there was no way i'd have predicted this season to end this way. a title in boston against the lakers. amazing.
the wife & i saw one nba game this season. it was the celtics in LA in december. i was watching the two teams that would make the finals later that year. how about that?
i stuck with this team since i was a kid, never wavering during the jordan years, the shaq/kobe era & today's lebron generation. i didn't care.  as far as i was concerned, my heroes wore green & white. as a basketball fan the past 2 decades, i stuck out like a sore thumb.
my motivation was that for every bad year, it would make it even more special when the c's finally win one. that, in a sense, i went along the journey with them -- it actually sounded like crazy talk at that time, but, wow, it makes sense now.  it was definitely worth it.
to think, last season, the celtics ranked 29th out of 30 teams.  this year they're nba champions.
the smiles etched on kg, ray & pierce's faces said it all. i can honestly say i was truly happy for them. 3 classy individuals who deserve their rings. same goes with doc rivers. a gorilla off their backs.
to me, the post game celebrations were as equally enjoyable as the game. as if i was there celebrating with them, but with a dry shirt. danny boy, you did good.
all-star trios aside, this is still a team game & the celts showed they were the better team. rondo, pose, perk, eddie, the show, pj, big baby and the rest. they deserved this one.
ubuntu.

how not to be poor 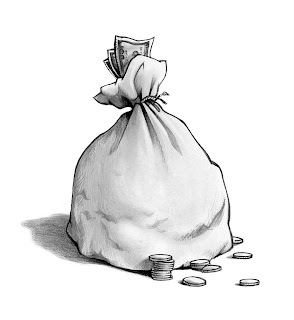 i read an interesting bit of news recently.

for a family of five.

and you are not in poverty.

by the way, this is for a family living in the national capital region. the numbers are likely lower in mindanao.

how they do the numbers is beyond me. i'm no good at math, but i'm guessing these figures don't match reality.

i'm still not sure if this is a good idea. no really, turn back now. rest those eyes. it's probably for the best.
here are a few examples of how i use photo references for my illustrations. a few years ago, it was a major part of my approach to painting. i have now found a happy medium & don't depend on them as much, but i still consider it an important step to illustrating.
my last picture book "bedtime at the swamp" did not have as many photo refs. but the one I am currently doing "abc baseball" has a ton of them, mostly to keep my art consistent with the sport.
so here goes. aw geez... 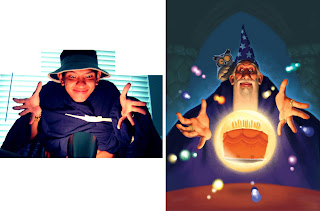 birthday greeting card (peaceable kingdom press)
it's hard to tell, but i was actually upset when this pic was shot. why? because the photographer couldn't stop laughing & kept ruining the shot. 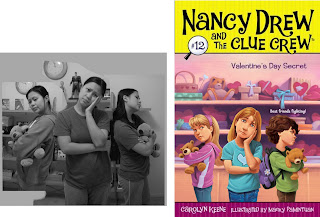 nancy drew & the clue crew #12 (simon & schuster)
my mvp did some great poses here. this was a nice photo "backbone" to rest my illustration upon. i still think this is the best cover from the series so far.

i saw an ant on the railroad track (sterling)
speaking of great poses. an awesome job by a buddy posing for the whole book. all it took was payment in the form of a BLT sandwich. best investment on deli meat i've ever had. hands down.

since he did such an excellent job, why not show another one? the guy really worked hard for that sandwich. 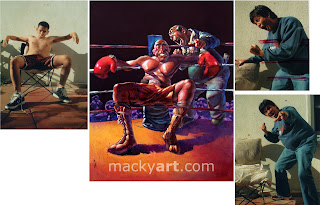 2002(?) student work (academy of art)
and the coup de grace. told ya i used to work hard for my photo refs. my li'l bro was also stellar doing impromptu clutch work as the boxing manager.
so, there it is. obviously, there's more, but why prolong the pain?
at 4:52 PM 8 comments:

found some old photos of my home city, davao, in a forgotten envelope. i took these when i was on vacation. still a struggling art student. no career. not sure of the future. just full of ideas.

i liked how these photos came out. the color & that authentic grainy look. no edits. just some awkward crops to show what i was really looking at.

made me wish i took these on old polaroids scratched up by time. because that's how i see these now. a time machine on pulp. they may only be 6 years old, but so much has happened since then. to me, they might as well be decades old. 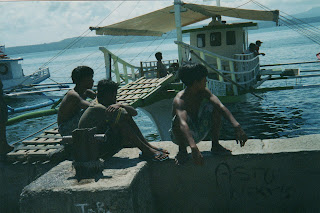 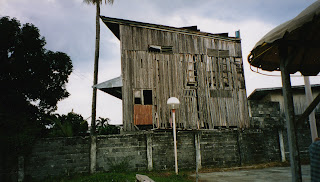 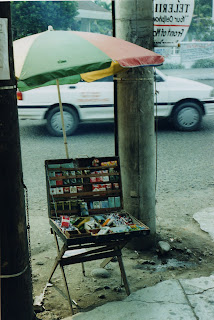 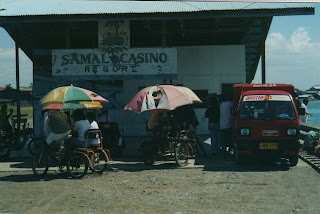